Rookie the Froster is set to win the Championship Game. The new home appliance is pretty much built for March Madness festivities. But its quick rise to the top may come to an end now that it’s pinned against the 400 Count Cigar Humidor. As the veteran appliance and one of the NewAir best sellers, its loyal fans could shoot it into victory once more. Where do you stand? Vote for your Championship game pick you want at your Championship Game watch party.

Create your own user feedback survey

Championship Game ends March 17th and the winner will be announced the following day. 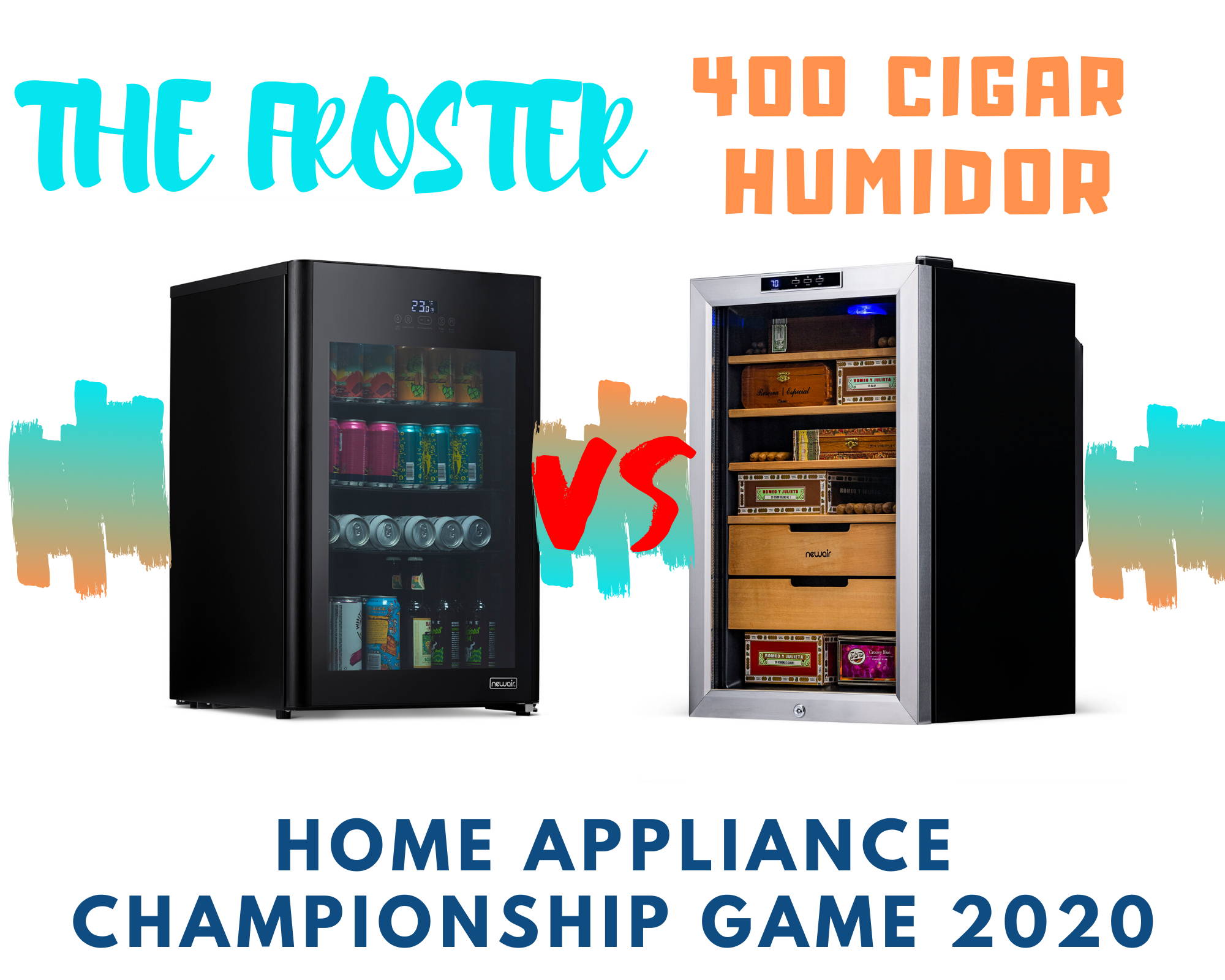 Worried about coronavirus this March Madness? Celebrate at home with these 4 winning ideas Beer Froster: The Best Beverage Fridge for Your Brews

Any seasoned host knows party prep is hectic. We have all thrown beer in the freezer 20 minutes before guests arrive. And on the flipside, we have Read More Can an outdoor refrigerator run during winter?

When temperatures drop well below the thermostat range of your refrigerator, is it safe to run it? Will harsh winter weather damage a fridge? The Read More No matter what you enjoy to drink—beer, wine, soda—a beverage fridge guarantees you always have your favorite can (or bottle) in hand. PUBLISHED: NOV-15-2019 Table Read More